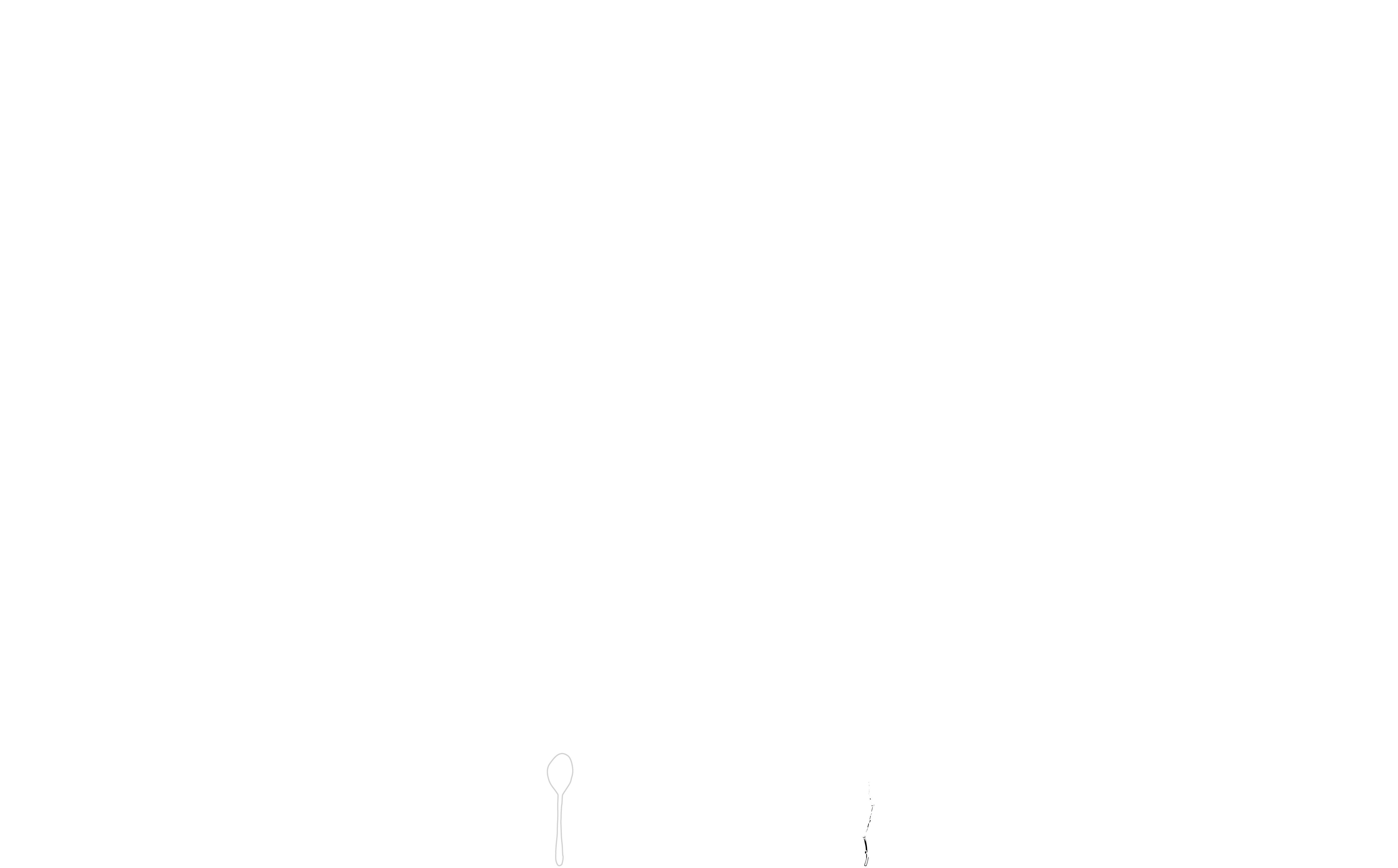 Chef Sam Verstuyf and his team like to conjure up exquisite dishes on the plate. For this, fresh, regional and seasonal ingredients of high quality are used. They provide a unique culinary experience in a beautiful historic building.

Sam took over August Wijnbar in 2019 and has been working on his vision ever since, together with a young and dynamic team.

Projects such as Jong Keukengeweld belong to this vision. A project that will also be in our spotlights in 2023!

August Wijnbar was founded in 2017 and had a more casual vibe. In 2019, the restaurant and its name were taken over by chef Sam.

The vision of him and his team is based on a gastronomic experience, without forced rigidity and in a homely atmosphere.

The name is now known and remains. The concept focuses more on a gastronomic event, less on a wine bar experience.

The former double house is protected as a monument because of its historical value.

The wine trade itself dates back to 1860. It was founded by August Josephus Vossen (The restaurant was named after him).

Huis Vossen is known in Lennik as the ‘House with the Pear Trees’. The pear trees that have been decorating the facade of the beautiful building for many years have become a symbol. This is still a very rare and representative facade planting, unique in its kind. The “Lenniks Poirke” also has its symbolic origin here.

The first wine shop dates back to 1860. It was founded by August Josephus Vossen (The restaurant was named after him).

Today: Huis Vossen is a wine wholesaler and retailer in Lennik and is located in the same building as our restaurant.

You can go there for wine during the week / during the day. In the evening you can enjoy a dinner from August Wijnbar in an exclusive setting. 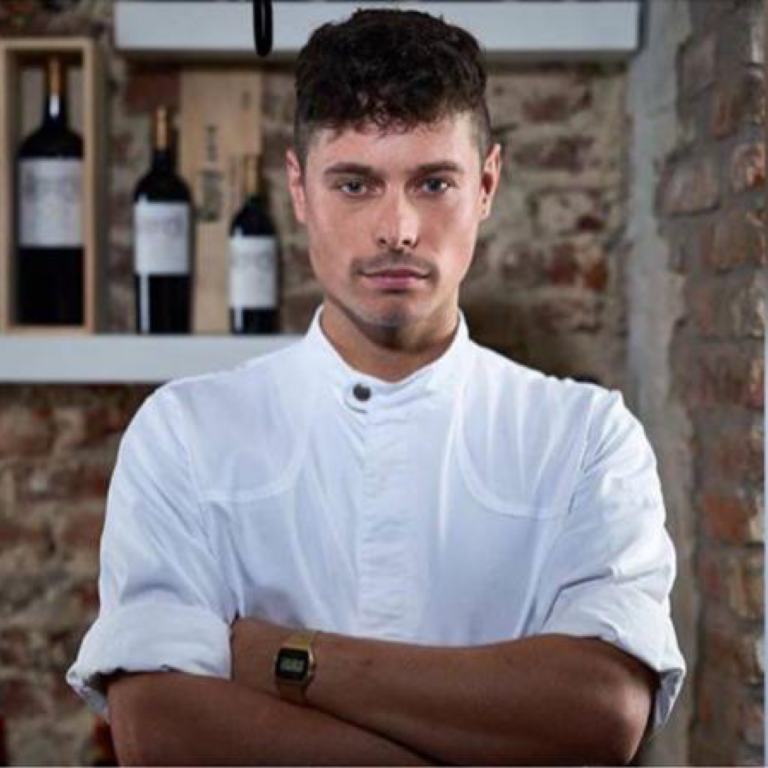 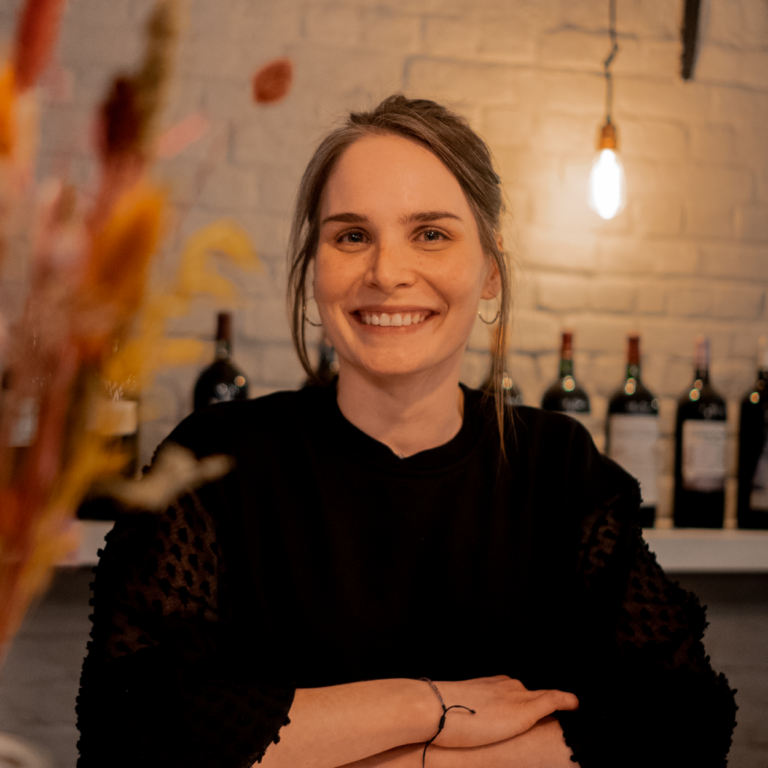 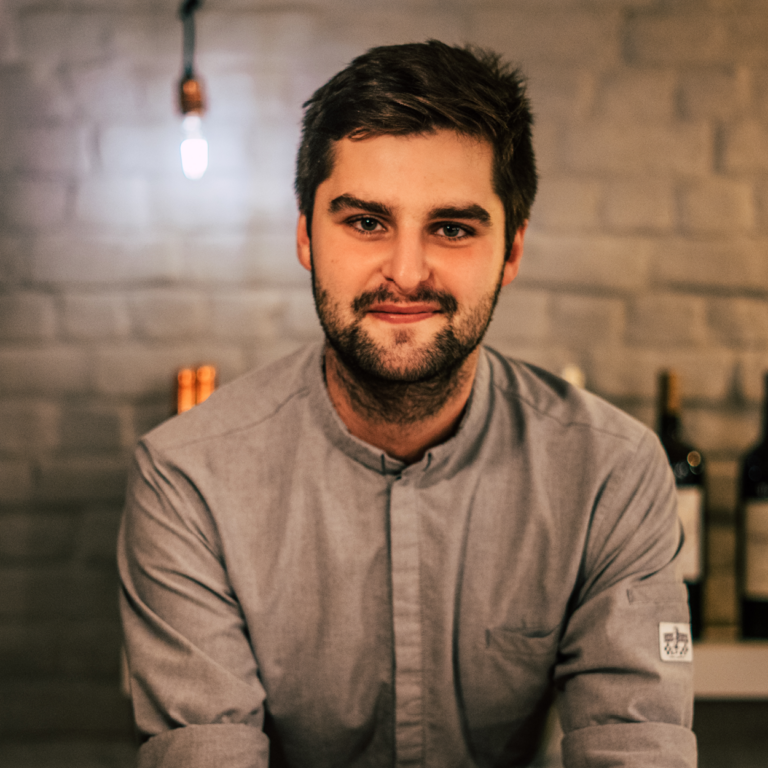 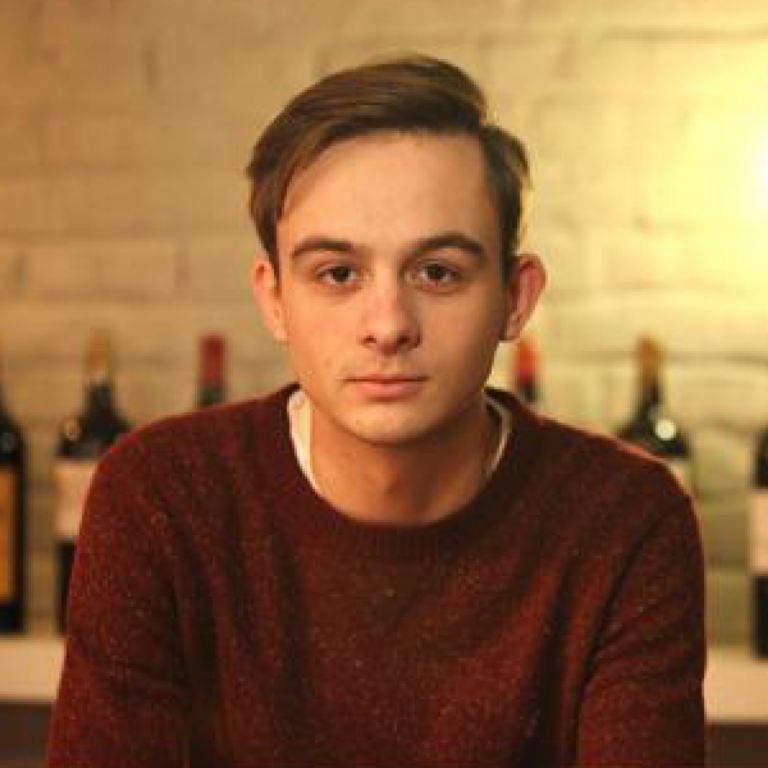 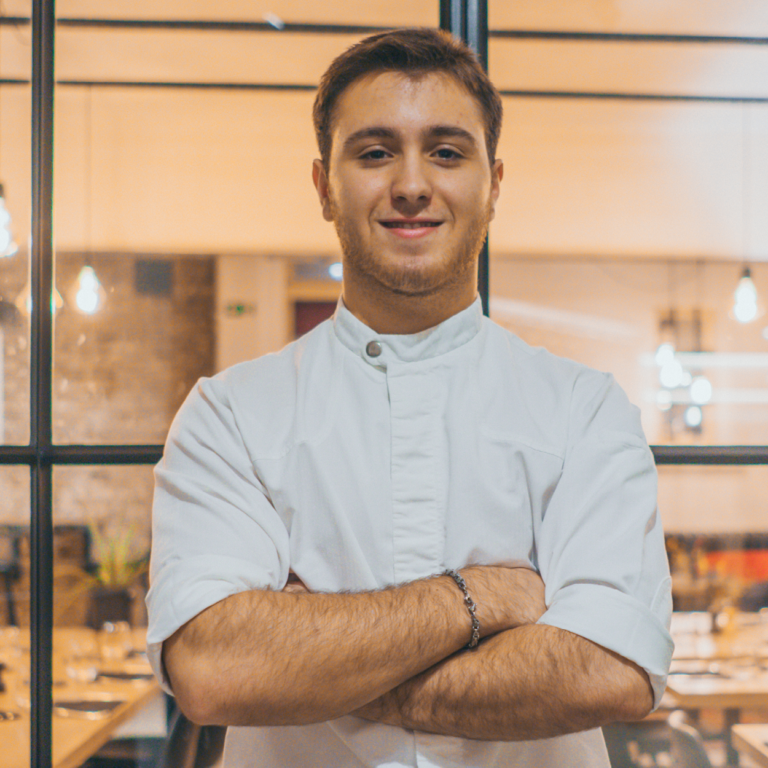 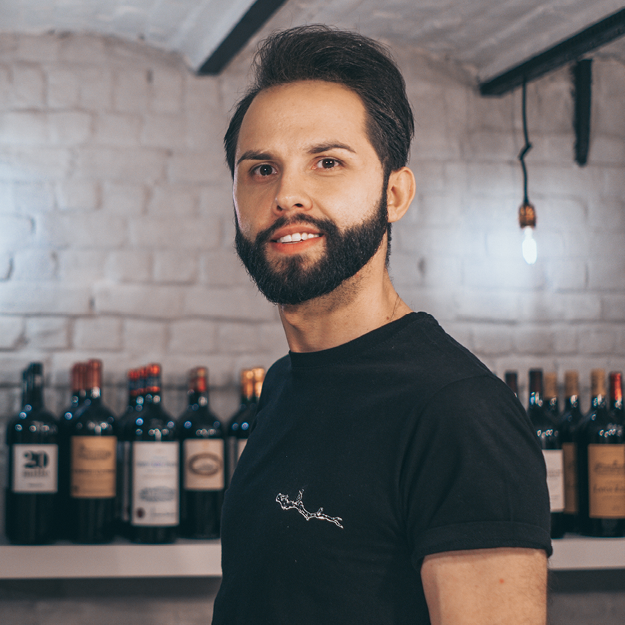 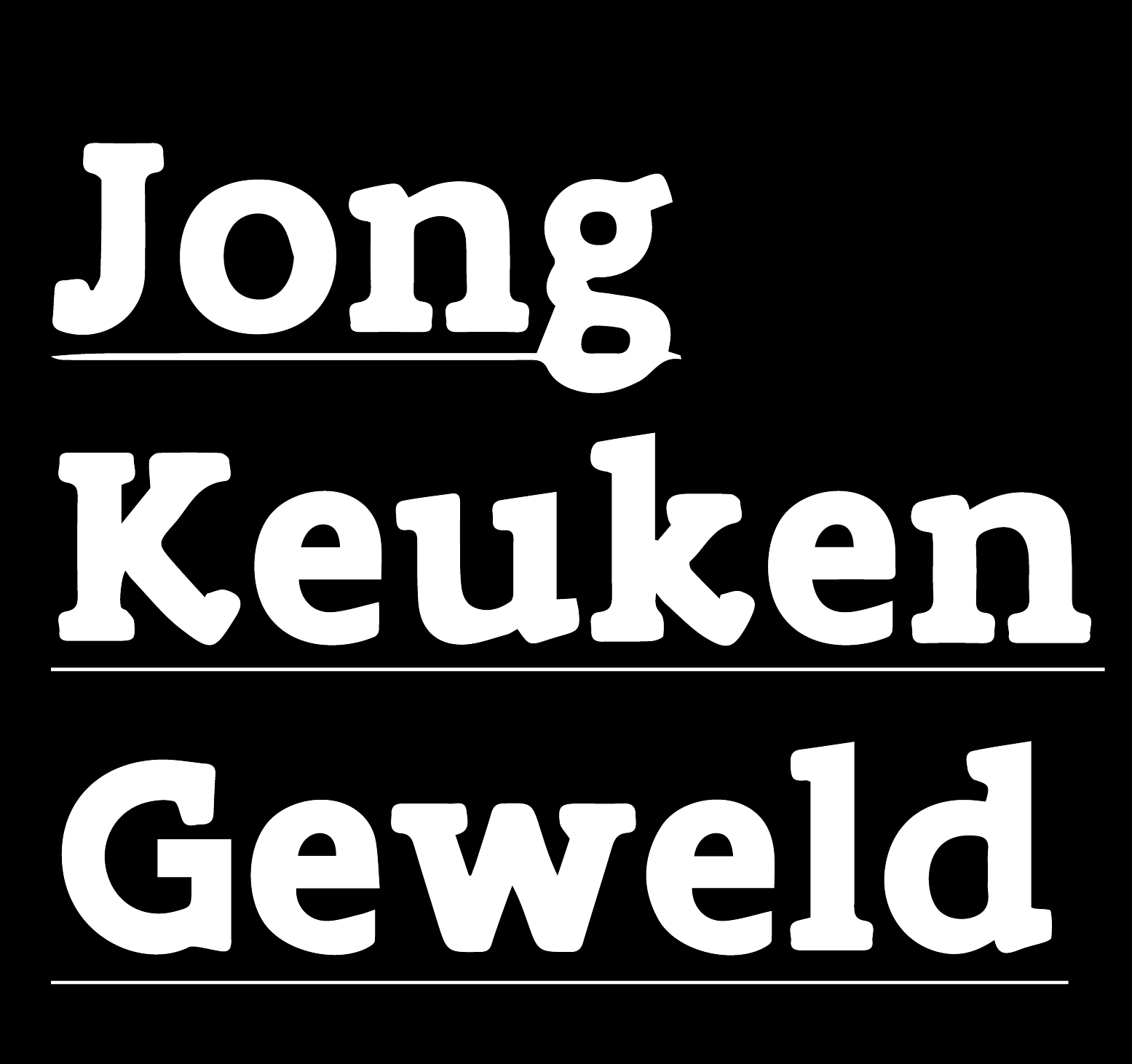 ⓘ We’d love to welcome you, preferably by reservation. Click here. (We’re not able to guarantee a seat without one)

– For last minutes – check out the YEAT-app –

ⓘ On the day of the reservation, please reserve at least 3 hours to enjoy our experience.

ⓘ We ask to respect your reservation, number of guests and arrival time for an optimal experience.

We work with a single rotational tasting menu that is current on our website.*

3 (not available on Saturdays), 4 or 5 courses possible